When designing a commercial space, sound may not be one of your priorities. However, this apparently secondary detail has an important role in the way your customers and employees behave. Here is a piece of information to reflect upon: Studies show that loud music, while irritating to some noise-sensitive customers, make many others succumb to […]

When it comes to unique wall art that makes a statement, hospitality interior design offers a perfect background for the talented artist, for a few reasons. First, due to their size, large lobbies are an ideal place for ample artistic visions. Second, hospitality wall art has the chance to be slowly taken in and appreciated […]

Sometimes, color is not just an aesthetic addition to an interior, but an integral part of the space itself. Created by In Situ Design together with Lilian B Interiors, the corridors and rooms of the William hotel in New York City are a splendid example of the use of color not only as a decorative […]

Via retaildesignblog.net Designer: Robert Kolenik All photos courtesy of retaildesignblog   Fletcher Hotels’ newest location in Amsterdam resembles an upright cylinder on stilts. The roundness of the hotel building posed several interesting challenges for the interior designer, Robert Kolenik. Due to the circular shape of the building, he was faced with many difficult spaces to […]

Summer is the time of fun vacations and exploring new places. Today we will show you some amazing buildings and hotels which should be on everyone’s bucket list to visit just because of the amazing design and interiors. Did you know that you can stay in a room made out of ice, sleep in the […]

All photos courtesy of ©XDachez.com If Canadian winters are notoriously cold, the unique Hôtel de Glace in Québec makes the best use of them. Built of ice and snow from top to bottom, the hotel is an architectural marvel and a breathtaking sculptural beauty – the only construction of this type in North America. Located […]

Via dailymail.co.uk Photos courtesy of poseidonresorts.com The hotel’s construction time may have stretched by a few years, but so is the waiting list of prospective guests. The much awaited opening of the Poseidon Undersea Resort is still to happen, but the hotel is already on the bucket list of an impressive number of visitors who […]

Via hospitalitydesign.com and kickstarter.com Photos courtesy of hospitalitydesign.com and nbclosangeles.com Those who have ever dreamt of getting on the board of a UFO might soon get the chance to do it, no alien befriending necessary. This is because Luis Ramallo, the successful entrepreneur behind Nevada’s Alien Fresh Jerky is bent on building an outer space-themed hotel […] 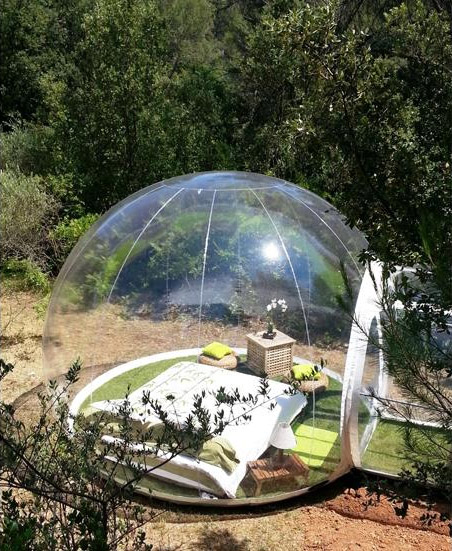 Via weather.comAll photos courtesy of weather.com For the stargazer or nature lover who also happens to be a lover of comfort, the Attrap’Rêves Hotel in France (www.attrap-reves.com) is a perfect match. With several locations across the country, the hotel takes the concept of “room” to a whole new level and offers its guests a 360-degree view. Sky […]

Earth Weave Carpet is an Environmentally Conscious Choice for Any Commercial or Residential Interior. When you are looking for a new carpet for one of your interior design projects the choices seem endless. There are so many things to consider: durability, look, price, and whether the carpet is made of a sustainable material. If you […]

KRITI Hotel Interior Design in Greece – history and modern elements in one. Photography: Haris Mavrogenis Design by Architectural Office RKITEKTS, Epaminondas Daskalakis & Associates The beach-front Kriti Hotel is located in the Koum Kapi district within the city of Chania at Crete. This four-story hotel was built in 1971 and was recently renovated to […]

The Oriental Hotel of Kobe in Japan Designed by Ryu Kosaka, Hiroyuki Iizumi, Sachio Suzaka / A.N.D. Photography by Nacasa & Partners Inc Via retaildesignblog.net First opened in 1870, the Oriental Hotel in Japan has always been a gem in Kobe. From attracting celebrities like the Royal Family and Marilyn Monroe, to its post-earthquake closure […]

The Hotel Vernet, which turned 100 in 2014, has undergone almost as spectacular a renovation as Paris did under Baron Haussmann’s direction, a movement that began in 1854 and of which this hotel emerged in the aftermath, adopting a stylish clean limestone facade and black ironwork balconies, typical of the period and specially designed by […]

Jeff Vioski’s passion for creating beautiful living spaces led to his dream of designing furniture to enhance and simplify people’s lives.  Influenced by Chicago design, Jeff earned a Master’s degree in Architectural Design, completed many commercial projects, and opened his own firm to focus on high-end residential architecture. Increasingly fascinated with providing common-sense solutions for […]

Hospitality Design Expo which is held every year in Las Vegas, NV, is one of the largest hospitality industry related trade events in the United States. The show helps interior designers (as well as other professionals) to get acquainted with the latest industry trends related to restaurant and hotel designs. This year I took a […] 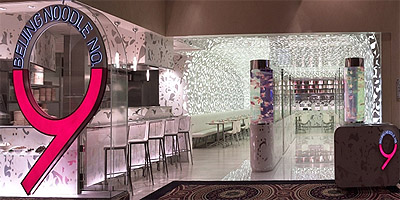 Las Vegas has always been a place of inspiration for designers and architects.  It’s a place where creative ideas come into realization much faster and easier. This modern Chinese restaurant called Beijing Noodle No. 9 located in a Caesars Palace hotel. As you enter the restaurant, you will be met with a gallery of large […]

This futuristic lighting system called Bolla was designed by an Italian company Incontroardito. The company started by specializing in production of ceramics.  After achieving international success with their products Incontroardito branched into selling other products such as stone tiles untill Dominico De Palo transformed the company by creating something this unique and exciting! Bolla system […]

These fascinating modern light fixtures and overall interiors came from a New York-based Dupont Corian Design Studio. The designers used the latest innovations in lighting and technology to create this “place of refuge” inspired by Japanese landscape. This exhibit space displays the infinite possibilities provided by the extraordinary material. Nonporous Dupont Corian is a high […]

Mercury glass items have a very distinctive character and can complement your interior not only during Christmas. The roughness and some reflective qualities of mercury glass add somewhat Mid-evil character to the items and when used strategically create a certain charm. Did you know that “Mercury Glass” was invented in the nineteenth century as a […]

This inspiring hotel named East is located in the center of Hamburg’s entertainment district – South West of central Hamburg. East is all about style, relaxation and fun. Even though the existing building is an old industrial factory, right at the entrance canopy you know that there is more inside than what you see on […]

The Club hotel by Harry’s hospitality is designed by using two primarily colors: black and white! This 22-room luxury boutique hotel is located at Ann Siang road, one of Singapore’s most fashionable districts. The shell building of the hotel was constructed in 1900’s.  The very classic exterior is being blended with contemporary minimalism and some […]

Going into a restaurant what would be the most desirable view for you?  Inspired by the latest Yahoo news on  restaurants with the best views I want to introduce you one of the restaurants from that list. This world famous restaurant is located in Dubai – Pierchic. Unfortunately I was not able to find […]

The Mandarin Oriental opens a new location in Paris at the center of the luxury shopping street Saint Honore. The Asian based hotel chain has been spreading into high-end locations around the world. The original building was built in 1930s. The new hotel has 99 rooms and 39 suites going for an average of […]

Designing hotels is an exciting task!  I believe that most successful hotels usually place guests into their local culture with the design. Take a look at this hotel in Switzerland and let me know what you think about it. Cervo is a timber-framed hotel located on the slopes above Zermatt, Switzerland’s most famous alpine […]

Products EGR Zenolite & Stylelite Zenolite® is the new optical polymer, high gloss, multi-purpose acrylic panel that gives a high gloss glass look without the weight of glass, installation and cost restrictions of glass panels, or the design limitations of aluminum framing. If you are looking for that high gloss look for your wall panels, […]

All images of the amazing hotels came from DesignHotels.com It’s a well known fact that all hotels have to invest in their future to keep their guests coming back, and this keeps them from going out of business. Following are some of the simplest ways the hotels can follow to achieve positive results fast: Creating […]

Today I would love to share some new lighting fixtures for commercial interiors that I am looking at for my new projects. This hair salon complemented by almost paper like fixtures.  The black wall paper helps to complete this sophisticated interior. These red light fixtures add fun and much needed contrast to this all wood […]

From all the recommendations on how to update your business space or your home, one of the most dramatic and quickest techniques would be to update your lighting fixtures. Lighting fixtures actually are not as hard to replace as you may think and they can add a distinctive character to your space instantly. Besides, most […]

Last month several people have asked me to define the latest trends in architectural design. I am not an expert on architecture history or on different movements in architecture, but I do practice design on ongoing bases. Constant research on the world’s greatest projects is a must for me while working on my projects. It’s […]