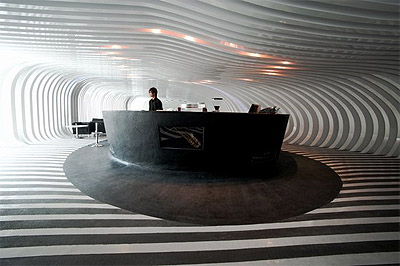 This project started in 2006 when a Singaporean movie director and an ex musician from south of China decided to open a live bar in Shanghai, China. The project’s budget was very low, but thanks to the client’s imagination it became a success! 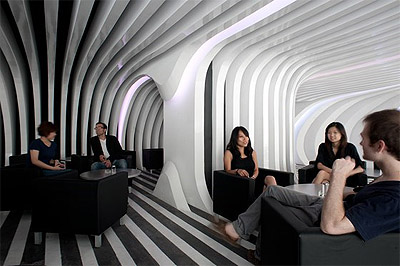 The concept for the design derived from “a caved space formed from of a digital Boolean subtraction of hundreds of slices from an amorphic blob.” I think the designer achieved incredible visual results by creating linear forms which bland into an overall cave like cavity. 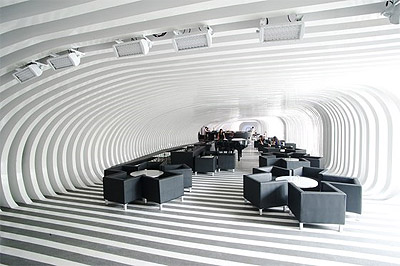 The construction of this bar was incredibly fast and was almost finished in a couple of months. But the client was a newbie in bar business and did not have a business plan or any ideas on how to run this type of a business.  The already built site remained closed for 3 years and was finally finished and opened in 2010. 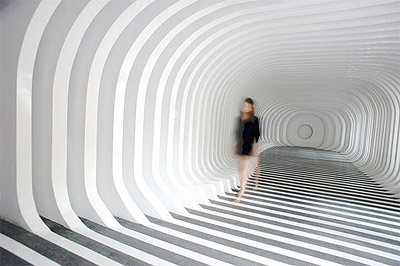 This is the incredible story of the ZEBAR, a slick contemporary digital bar design. 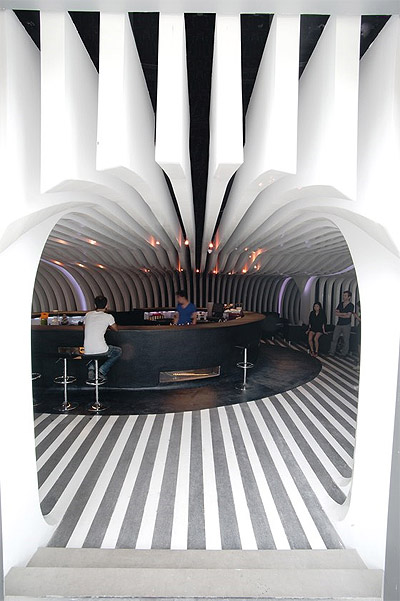 Let us know what you think about this bar design by commenting below.